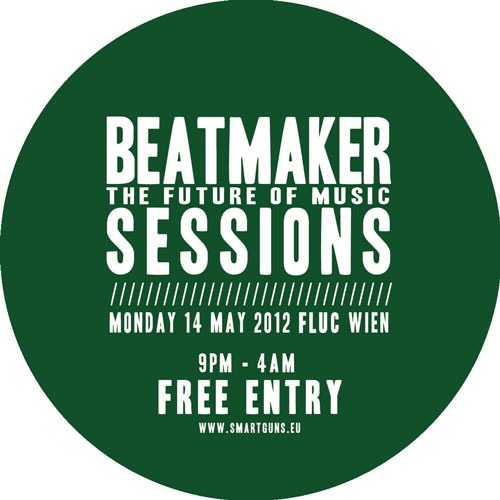 Now, what to say!? We are still pretty speechless at the sm:artguns HQ after this amazing last BEATMAKER “The Future of Music” SESSION on 14.05.2012 at Fluc, Vienna. With various styles of new track submissions and two mind-blowing L!VE Sets, combined with a music conscious audience, that went mental over the music, the evening became a big success.
The night started off with a smooth introductory beat set by Dr. Drunkadelic, giving us a showcase of his new and old beats. A mixture of old classic hip hop instrumentals and experimental post hip hop stuff. Followed by our BEATMAKER DJ-SET including new track submissions with dreamy and spacy downtempo beats, proper bass heavy dubstep and electro-minimal like musical outputs. Again, great submissions of promising music producers.

Adding Barangatang to the bill was definitely a good choice. Our 30 minute L!VE SLOT WINNER is a man not to be missed in the future. A crafty 28 year old producer from California pursuing his studies and music career in Vienna. He performed a massive electro dubstep L!VE Set with his APC 40 and Ableton Live giving the crowd apparently what they needed for a good night out. His mix of big beats with uplifting and pushing trumpets becoming definitely a signature sound for him. 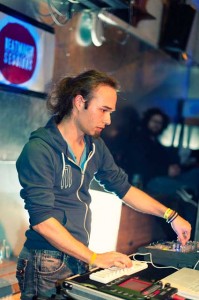 With Harry Jen we found just the right SPECIAL L!VE GUEST for the BEATMAKER “The Future of Music” SESSIONS. His own recorded experimental and organic sounds put together to form an amazing L!VE set. A journey of different styles of music – post Hip Hop, Jazz, Electronica, Funk…. – simply said “The Future of Music”. For everyone who was interested could even get a close look at his live-setup and skills. A synth, some effect-devices and a mic, used to create just the right atmosphere. Expect to see him around the beatsmiths´ scene more often. An electronic music producer with mad skills, a lot of energy and good vibes showing everyone a good time with his musical extravaganza.

Stay tuned for more BEATMAKER “The Future of Music” SESSIONS coming up. Next one – September 2012. Now you have got some time to work on your beats and new releases. Already curious what the future brings! Additionally we take in applications for L!VE Sets. Apply asap to be considered for the next Beatmaker Sessions.

So long, beat on!