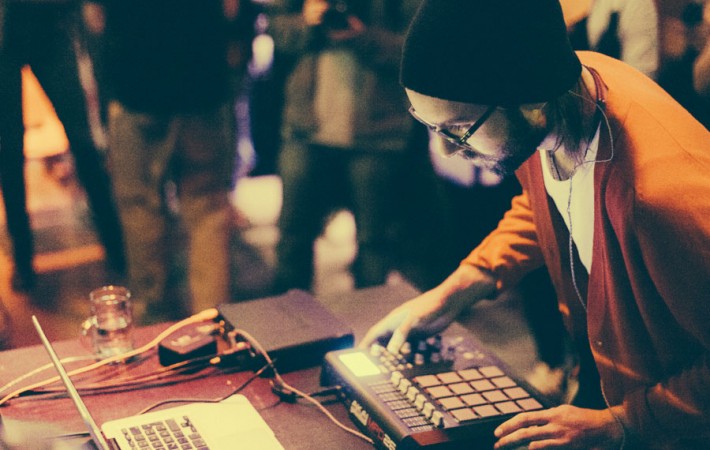 What more can we say; we love it! Some really awesome few months have just passed! Great Wednesday nights with great people, unique music submissions and live acts! Now it´s a bit sad to actually go on a summer break. But well, we and you guys need some rest to be back for more fresh new beats, and special live acts!

The last Beatmaker “The Future of Music” Session on Wednesday 22nd May 2013 at Fluc, Vienna was particularly nice. Not only because it was the end of the season, but also because the track submissions we played and music we listened to L!VE was just our cup of coffee! A nice combination of down-tempo, Hip Hop, and Electronica tracks, and the right mix of up-lifting and energetic Electro, Dubstep and House music. Well, actually talking about genres isn´t right. Since the music we receive and play is just the opposite and quite often just lies in between all of them.

We´ll put up a playlist of our most favourite tracks on our tumblr.com blog within the next days, to give you a glimpse of what´s been played and what´s out and about for your listening pleasure.

With The Unused Word as our L!VE Slot Winner we invited a producer, singer and songwriter who just turned our heads upside down. Melodic and intrinsic music, that just took us into different dimensions. Try to catch her at one of her live sets to find out what we mean. Also listen to her EP ∞ (infinity) HERE. You won’t regret it!

At that point we thought the night couldn´t get any better. But ÆLENhave proven us to be wrong. Niklas Schneider a drummer from Cologne and LBS a producer from Vienna/ Munich resident, delivered a live performance we´ll be talking about for the rest of our lifes! Nothing is more energetic than a live drumset combined with a midi controller, loaded with the right samples and sounds. Beat music that just hasn´t been there or heard before. We hope to get those two guys back someday soon!

Check out some pictures HERE!

The last Beatmaker Session was also the deadline for our Beatmaker “Tracks of the Season #1” competition. We received quite some tracks to choose from. After eliminating those who didn´t fit the given criteria, the best tracks have been put up for jury votes, which resulted in

We congratulate the winners and also send out a BIG THANKS to our friends from AKAI and ALESIS, for supporting us!

The tracks were released yesterday (02.06.2013) on beatmakersessions.bandcamp.com on a name your price basis; and will be available on all other platforms in two weeks!

We hope everyone had fun taking part in Beatmaker “The Future of Music” Sessions! Be it as a music lover, appreciating the great music that´s out there; or the Beatmakers committed to the music they produce and love!

A final thanks to everyone who´s been involved and supported our cause so far! We are looking forward to be back after the summer for some more of “The Future of Music”.

So long, beat on! ONE LOVE BMS CREW!!