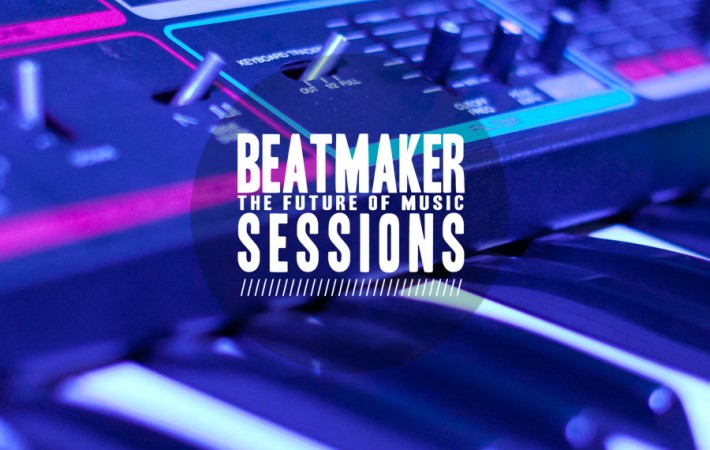 Artists involved in the Beatmaker Sessions Compilation Vol.2 are:

„Las Vegan is male, unknown, from Vienna, Austria. His aim is to produce electronic music without restrictions, and music that just feels right to him. Doesn´t matter if it´s IDM, Hip Hop or Techno. Las Vegan mixes the fad of the modern age with philosophic sound-experiments.“

„Olinclusive is the winner of the first „Can U Dig it – Soundclash 2011“ competition and  spins regularly records at various events such as Sneakerness, Turn It Up!, Step Forward & Can U Dig It. Additionally he brings his musical thoughts into audio files, to mess around with the resulting Beats and Instrumentals. His acoustical outcome can be heard with the Beat-Collective Dusty Crates (Duzz Down San).“

„Lukas Lehner aka tsi is a Vienna based musician and producer. He is a longtime member of the band theclosing and since summer 2013 has been working on his solo project tsi. Whereby he is concentrating on dreamy, but also driving beats, that are put together with the help of his own recordings and various samples from field recordings, movies or other sound generating material. Tsi stands for emotions within music, without abandoning pumping beats or being narrowed down to only one particular genre.“

„Producer, keyboarder and jew´s harp-virtuoso. From Hip Hop to Electronica to post-post stuff. No style is being missed and genres aren´t music. Normally he can be found with bands, Austrian Apparel (AA+) and G.Rizo.“

„monophobe is an alter ego of maximilian walch. bored by monotony of conventional music, he started to seek additional possibilities for musical expression. what’s a tone? a sound? a noise? it’s a never-ending quest. monophobia – the fear of boredom.“

„Directly inspired by classic electronica from Boards Of Canada, Aphex Twin and Autechre and darker electro such as Aux 88 with a little bit of British bass and American classic hip hop they make broody wintery music that reflects the city they live in: Vienna. Live they have supported similar melancholic electronic artists Becoming Real , D/R/U/G/S and Few Nolder (Planet Mu) .It’s Computer Blues from late nights slugging Lidl beer and blazing high grade hydroponics yet with plenty of Jack- a – bility.“

„Levni & Sloth Pallas have been making music together for several years in different contexts. They both appreciate and create a wide variety of music including noise, experimental, free improvisation and hip hop. It’s difficult to pinpoint a specific genre for Istanbulian duo’s music, but it mostly consists of rich synth melodies and striking bass lines.“

„Beluga is music out of the backroom: experimental Electronica that combines elements of various artistic spheres, to guide you dreamingly through expressive soundscapes. The aim is the creation of a unique reality, far away from musical and artistic constraints.“

„Delinqvent is a 22 years old rookie beatmaker/ bedroom producer from the Historical City of Malacca, Malaysia. He started making beats just about a year ago and he does not limit himself to only one genre. He always tries to mix various genres. So far he hasn´t ever played anywhere live since the country he is living in does not have that „beatmaker scene“ like other European countries do. He named himself Delinqvent because he was quite a delinquent in his school days. He thinks it´s alright if his music doesn´t make any profit, he doesn’t sigh ‚cause this is true love indeed.“

„MR6 is a digital musician from Vienna. His music, created with synthesizers, samplers and the human voice, covers thematically different sorts of issues in human life. Ranging from very individual feelings and wishes to questions and problems of modern society and technology. MR6 occasionally tries to express a humoristic point of view on these matters.“

„DJ Wax 865 is producer and DJ originally from Germany, Vienna resident. Everything started about 15 years ago with his first turntables and mixer. From then on he has been involved in various projects as a DJ. When he discovered the technique of sampling, he started working on his own beats.  Wax has been featured on the Beatmaker Sessions Compilation Vol.1 with the track – Blind Clapping. Further projects as a producer will follow.“

„Kamutao (aka Egyptian Cat Food aka Tony) is a sample wizard from Barcelona who invokes the spirit of many legendary characters to create hypnotic dreams of exotica within a hip-hop context. A weird mix between Frank Zappa, Gary Panter and J Dilla. He is part of the amazing PIR▲.MD Records collective and  creates some impressive accompanying artwork and collages you need to see for yourself.“

„Liza Maria is a music producer based in Vienna. For her it was the first time to experiment with such spacey spheric synths and sounds, which somewhat reflected accordingly on the track. During producing she already had the feeling that the track will turn out to be more relaxed. The complete opposite if you come back home from the hectic streets, just: “Off the World!” she says. Why Liza Maria has been producing Electronic and Hip Hop music she doesn´t know. She just always tries to catch the riffs and rhythms that come to her mind during the day and to transform them into something listenable. And this is just how it turns out.“

„To live up to his name Tom Tsunami sends tower-high 8 bit soundwaves out of his Gameboy. Those organized soundwaves are cut through by Fred Fiaskos guitar-play, and create together with computerized beats a danceable, genre-reluctant mix of Electro and Rock, with a certain nerd-factor.“

„Tehran raised, Vienna based Disabnormal(aka aRmaN Jalili) is an ambitious DJ/Producer who  tries to turn the effects of the industry, society and nature on his mind into music. He creates and performs electronic dance music, including indie-dance and nu disco, deep Chicago house, techno, funky house or amalgamations of other styles. From the time he can remember, music has always been very important to him, and playing classical guitar as a teenager, had a big influence in realizing his music. He started music production late 2010 with a Roland Juno-G synth and Reason software, but then he got to know how to work with Ableton Live and just got addicted using it. He started DJing after a trip to Berlin at 2011 and had a lot of success in building an underground dance scene in Tehran, where party, dance, and music is forbidden by government.“