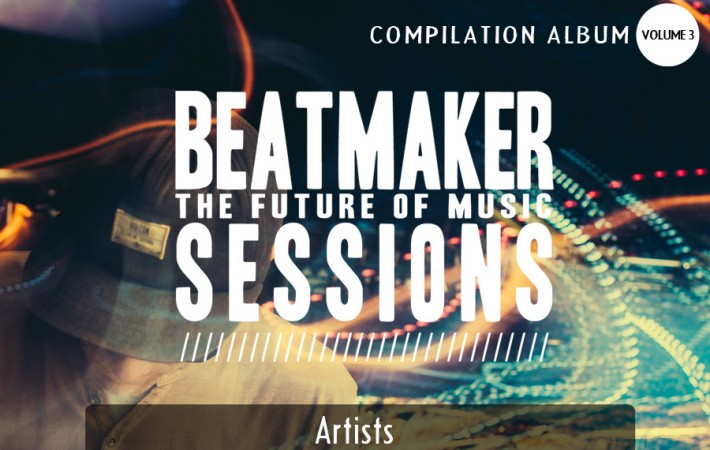 Artists involved in the Beatmaker Sessions Compilation Vol.3, release 19.12.2014,  are:

“theclosing is a Vienna-based music and art group consisting of Daniela Auer, Alexander Hengl and Lukas Lehner. The three have been working together since 2004 towards the goal of making beguiling and original electronic music that evades easy genre classification and mixes analog and digital sources, including self-made samples, found sounds, and field recordings.  In 2014 they played various live-shows with a  strong ambient-character. In the near future the „live at Beatmaker Sessions” album will be released through sm:artguns music in collaboration with Circle into Square and Duzz Down San.“

„Mosch – founder of the infamous DuzzDownSan-Camp is currently on multitrack mode if it comes down to musical production. Infected with HipHop culture in the late ninetees, he also fell in love with electronic beats in the lower bpm-ranges. Besides his experimental approach which is characterized by tearing down standards and the unquenchable thirst for trying out new stuff, he also enjoys dropping some lines on the mic.“

„20-year-old Vienna-based sound artist and producer Max Walch constantly tries to push the boundaries of sonic horizons as Monophobe. In his efforts to intertwine the purity of instrumental recordings with Electronica, neither off-sounding beats, exotic and everyday sounds nor organic musical elements are off limits.“

“The young beatmaker from the Salzkammergut has worked hard on his beats since a few years. Initially the instrumentals only consisted of samples and drums, but now he has developed into one massive beatsmith who is experimenting a lot with various synthesizers and different sounds. Stikz released on SHASH RECORDS the CLAVA EP and played various live sets e.g. at the Ars Electronica Festival in Linz. Lots of 8 bit synths, hard Boom Bap drums and a few samples mix into one electronic soup that even an old school Hip Hop head would dig.”

„Directly inspired by classic electronica from Boards Of Canada, Aphex Twin and Autechre and darker electro such as Aux 88 with a little bit of British bass and American classic hip hop he makes broad wintery music that reflects the city he lives in: Vienna. Live he has supported similar melancholic electronic artists Becoming Real , D/R/U/G/S and Few Nolder (Planet Mu). It’s Computer Blues from late nights slugging Lidl beer and blazing high grade hydroponics yet with plenty of Jack- a – bility.“

„Levni – Istanbulian raised and Viennese-by-choice, combines in his music the best of three worlds: Hip Hop Beats, electronic sounds & oriental sound aesthetics. – without the typical 1001 nights` cliché. During his live-sets he convices with a groovy sound and his skills on the pocket piano.“

„Lukas Lehner aka tsi is a Vienna based musician and producer. He is a longtime member of the band theclosing and since summer 2013 has been working on his solo project tsi. Whereby he is concentrating on dreamy, but also driving beats, that are put together with the help of his own recordings and various samples from field recordings, movies or other sound generating material. Tsi stands for emotions within music, without abandoning pumping beats or being narrowed down to only one particular genre.“

„Cuticula is an Austrian more or less multi-instrumentalist, songwriter and producer living and writing in Vienna. His signature dreamy alien like synth melodies shape through a hip-hopish beat construction flavored with a hint of electronica. The styles range from hip-hop to electronica, bass music and techno.“

„Karma Art, Mosch and Tsi represent the experimental beat department of the the label Duzz Down San. After a few solo-releases it was just a matter of time until they started working together and go into a new direction with their common musical grounds.  A recording weekend later we are able to listen to the outcome of their collaboration on the new Beatmaker Sessions sampler.“

„Barangatang (Alexander Barang) is a 24 year ol music producer from Los Angeles, California. His compositions range from ambient film/ sound designs to crazy electronic Beats. After his 5 year residency in Vienna, dedicated to his studies and music career, he´s now pursuing his goals in his hometown Los Angeles.“

„There is not much to say about me as an artist. I don´t want to make any kind of impression through a long and boring biography. I let my music speak for myself instead. Let me present you the expression of my very soul, my music, as a gift that is meant to be here in this world, to just take part with its existence.“

“ J.A.X. is a Vienna based producer/ DJ and sound Artist who loves to muckrake in auditory filth and crud. Producing sound and art witch maybe is technically rubbish but still has an aesthetical end product, witch he defines as „The Shit“, is often much more interesting to him than creating or showing the so called „beauty“ in music. „Fuck all you bitches with your beautiful melodies and your soft and ball-warming rhythms!““

„Alexander F. Römich, alias Spin 360, son of musicians, discovered his passion for electronic music during his year abroad in Central America. Initially he just focused on Hip Hop, but then started to acquire everything he needed to know in order to combine his two hobbies: video games and music. Through studies in sound engineering he tries to get into the gaming- and music industry.“

Raised in Augsburg (Bayern), which is rather known for to be an Indie-Metropolis, Parque started of playing the guitar. In 2009 he got drown to Vienna where he developed his love for electronica and sound-design as well as all other strange noises, which he transfroms into atmospheric tracks – with a little retro-touch and a lot of detail.