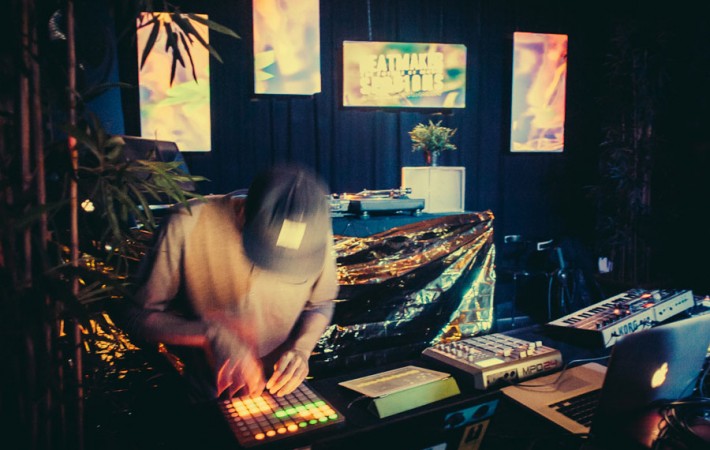 This Saturday, 04.06.2016 we throw another special LIVE event and season final at the celeste, Vienna.

We have invited Aplot from Graz. An Austrian Beatmaker who’s already made waves internationally on Tiefparterre Records. With his Bass, Jungle, Juke and DnB track fusions we felt he is the right guy to properly end the season with.

Fuzl & ProWax100 have already made our nights several times with their Hip Hop, Funk and House vibes. So why not have them around for another live set, and even play some more tunes at the end of the session. Damn right!

I dont tell fairytales is another young beat wizzard coming out of Upper Austria. This guy is someone not to be missed. His beats are awesomely spheric and phat. Armed with his MPD24 and Midi Keyboard he’ll make your heads spin.

And last but not least Tsi of the Duzz Down San posse is the fourth live act and beat maveric we have invited. If you guys have followed our events series, you should already now what to expect. Dreamy, futuristic and glitchy Hip Hop and Electronica at its best!

Additionally we celebrate the release of the „Beatmaker Tracks Season #4“ contest winners. The contest supported by Akai Professional has been held online over the last month. Check out the contest info here. We’ve received various track submissions from mainly local beatmaker, who have all shown quite some talent and uniqueness to their tracks. However, only the best three win and will be released through our bandcamp on Saturday, 04.06.2016. Stay tuned!