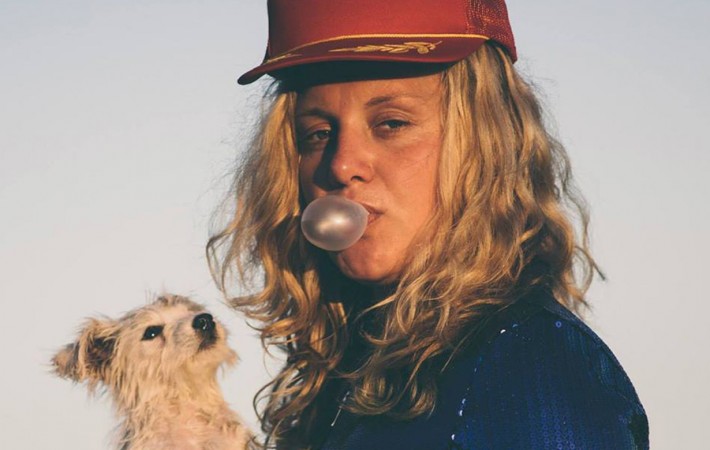 It´s almost the end of the Beatmaker „The Future of Music“ Sessions Season #3!

For the grande finale on Saturday, 30.05.2015 at celeste, Vienna, we have another massive line-up of local forward-thinking live musicians, our resident DJs and a Android Music App presentation in the house!

The LIVE line-up consists of THE UNUSED WORD who´s been part of our event series since the early days, as a contributor in form of track submissions and as a live act. Since then she has not only had great musical outputs such as the „∞ – Infinity“ EP or the „Think“ EP, but also impressed with live performances for some major festivals and concert series in and around Austria. We are blessed to have her play one of her strong live-sets for our season ending.

Additionally we have invited HARRY JEN, also one of our favorite producers around Vienna, who´s played for us a couple of times at the fluc and celeste. Each time he convinced with his organic, funky and dance-heavy tunes. One of his recent projects is „Jaeyn“ including the single „Glow“, which has been played up and down the radio airwaves for quite some time now. And each time we hear that track on the radio we are like – „what, hmm – who´s that? Ah yeah – it´s Harry Jen with another banger!“ Definitly one not to be missed that night.

Another great live artist on the bill is I DON´T TELL FAIRY TALES – a young fellow producer from Upper Austria who has just smashed it at our recent Beatmaker Session #31 at the fluc Vienna. A very talented musician and producer you should watch out for in the future. So we could just not, not invite him for this special event. However, listen for yourself:

Along this packed live program we have our resident DJs STRAVES and WAX 865 spin some of their goodies and will make you feel happy until the early morning hours!

Well, and since we are all totally into new music equipment, software and such, we have invited Christoph Kummerer an audio engineer who´ll present his new Android Music App – SUBOPTIMAL, before the LIVE & DJ program – at 8pm! The App started as a little jam tool for the train, however it turned out to be a wide-ranging music studio software for many occasions. He´ll give us a presentation on how it works and what to do with it, followed by a live jam. We reckon this should be quite interesting, not only for productions on the run or at home, but also as a live tool.

ps. if you guys have been wondering : „what about MOSCH?“ Unfortunately he won´t be able to make it this Saturday. We wish him all the the best on this side, and try to find an appropriate subsitute for him! more on this soonish.